If you are one of the many iPod users with a bad left or right audio channel or even no audio at all you are not alone. Frequent use of the iPod headphone jack can deteriorate sound quality as the jack wears down. The issue is common in iPod headphone jacks as most users plug and unplug their headphones repeatedly over the course of its life. Bending or twisting of the cable can damage the jack by exerting unnatural force on the internal contact points. Damage can also occur by excerpting force while you are plugging or unplugging the iPod. The internal mounts for the jack are plastic and excessive force can dame this area.

In some instances you may lose all audio from both channels of the iPod headphones. Two different issues can exist when this occurs. The first is that the jack is completely dead or it has become disconnected internally. The second is a more extreme damage and can also occur easily if you are not careful using your iPod. This is iPod logic board damage. The audio channels on the iPod logic board or as some call it the Mainboard can be damaged by electrical surge or shock, reverse input (putting an output cable into the headphone jack input), mismatched cables, or exists from other issues within the iPod circuitry. For personal users this issue is usually more difficult to diagnose. Professional repair centers can offer diagnostics on your iPod to determine the root cause of the audio problem.

Repairing an iPod Headphone Jack varies from one iPod generation to the next. Each generation iPod model typically has its own specific headphone jack.  Some of the newer models such as the iPod Touch require soldering to the logic board. The iPod Nano headphone jacks are very tough to work with as their size is very small. Headphone jack sizes also vary between sizes of standard iPods. For instance if you have a 30GB iPod Video the headphone jack would have a smaller riser than the 60 or 80GB iPod Video models. The angle of the headphone jack also differs on some iPod Video and iPod Classic models Refer with a professional iPod repair center for the correct part and installation advice.

Repair Sharks offers headphone jack replacement on most iPod Versions. We can solder and de-solder any new battery into place in our repair shop. We also stock many iPod headphone jack versions. Contact us today for a quote on a price or part. 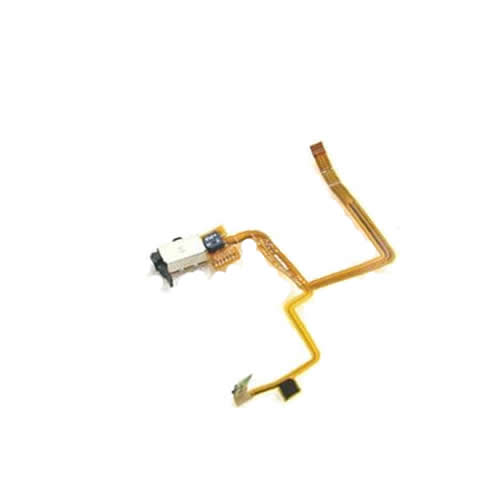