Samsung Galaxy S8: What We All Have Been Waiting For

As Samsung fans wait with bated breath for the release of the Galaxy S8, they look forward to a new product that will be explosive in much more positive ways than the notorious exploding Note 7.  Aficionados hoped to catch their first glimpse of the Galaxy S8 at at the CES or MWC tech shows this winter, but analysts are now predicting a debut in late March or April instead.

The Specs: Two Versions of the Galaxy S8

For the first time, Samsung is expected to release a model in two separate sizes, which will be designated as the S8 and the S8+.  The screens on both will be bigger than the S7, due to the disappearance of the home button and the edge-to-edge screen size. Even the fingerprint scanner will migrate to beneath the glass, thanks to new optical sensing technology that permits fingerprint-scanning through the glass itself, relieving the need for a separate button on the front.

Another source suggests that this model might move from the QHD screen (first introduced iwth the Galaxy S6) to a new display with 4K resolution. Users of Gear Virtual Reality certainly hope for the 4K screen, which would greatly enhance the imagery available in the stereoscopic mode employed by VR Gear.  This high resolution screen is expected to continue the use of AMOLED (Organic Light-Emitting Diode) technology which has been successfully integrated into smart phones by Samsung and almost no one else.

The processor in the Galaxy S8 is expected to use Qualcomm’s Snapdragon 835 chip—an expectation boosted by the recent report that Samsung recently bought out Qualcomm’s early shipments in preparation for the S8’s release, entirely cutting off the LG G6 from using the chip. Analysts also anticipate the use of a new design in smaller transistor, boosting efficiency and performance while lowering power consumption.

Combining the decreased consumption of the transistors, the power saving features of the Android N software, and the likely larger battery, Samsung users also hope that they can enjoy longer battery life on the new phone.

Design of the S8 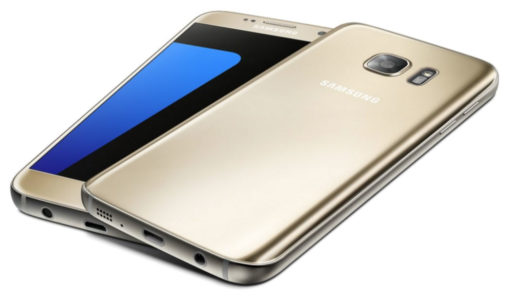 Aesthetically speaking, the Galaxy S8 might be a whole different animal from its predecessors!  The entire front of the unit will be almost nothing but screen (okay, ninety percent screen compared to the current standard of eighty), and the bezels are expected to be significantly smaller.

Rumor has it that the Galaxy will be available only in a configuration with curved-edge display, a design made possible with OLED screens. Hints dropped by Samsung execs seem to point to the phasing out of flat screens entirely, especially since the Galaxy S7 Edge (with curved edge) outsold the flat screen Galaxy S7.

Many Samsung users hope that the Galaxy S8 will feature the Type C USB port, which is reversible (it doesn’t matter which way you plug it in) and supports output for different types of connections like HDMI, VGA, or DisplayPort.

The Galaxy S7 already features dual pixel cameras, which still have yet to debut under other manufacturers, and photographers are wondering what new innovations the camera-proud Samsung company might release with the Galaxy S8.

Some speculate that the new model might include an upgrade in the guise of a dual camera setup like the one currently found in the iPhone 7 Plus. What can be noted with certainty is that Samsung has applied for a Korean patent for improvements in zoom functionality.  Additionally, there might be an auto focus feature added to the front-facing camera, which has been hitherto reserved to the “main” camera facing to the rear.

As with any model Samsung Repair Sharks can help you when your smartphone breaks. Whether you cracked your front glass, camera, back glass, or your phone fell into water or the battery is just not holding a charge anymore Repair Sharks can give you a hand. Give us a call with any questions.