All You Need to Know About the iPhone 8 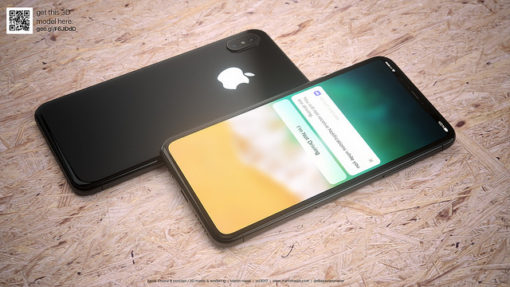 In less than a month, Apple is expected to unveil their groundbreaking flagship carrier in celebration of the iPhone’s 10-year anniversary. The upcoming iPhone 8 is expected to be a game changing device with a number of innovative features – something that every Apple fan has been waiting a long time for.

Investment bank Morgan Stanley described the that the device will have some of “the most meaningful features and technology upgrades in iPhone history.” Aside from being the 10-year anniversary iPhone, Apple needs a competitive handset that can help them boost their revenues after a disappointing 2016. Based on Nikkei Asian’s review of the iPhone 7 sales, the poor performing device forced the company to cut back its production by 10%.

Samsung also gave Apple a run for its money with the arrival of their future-thinking smartphone earlier this year. In a dedicated Galaxy S8 page by O2, the 4.6-star rated handset features some of the top mobile technologies including wireless charging, ‘infinity’ display, Bluetooth 5.0, propriety AI software Bixby with machine learning, iris biometric security sensor and more. These are the same features that consumers hope to see on the iPhone 8.

Leaked images of an iPhone with an all new design elements have been circulating online. One of its noteworthy features is its edge-to-edge display, similar to the Galaxy S8’s infinity screen. Apple analyst KGI’s Ming-Chi Kuo remarked that Apple is probably working on having an additional virtual function area to replace the physical Home button. He also discussed screen resolution specs – 521 PPI pixel density, 2436×1125 resolution, 5.15 inch usable screen space, 21:9 ratio, and 3x retina scaling.

While Samsung has invested in upgrading their devices with iris sensors, Apple is working on including facial recognition security for their iPhone 8. Cowen’s Apple analyst Timothy Arcuri said that facial and gesture recognition could be some of the features that are included in Apple’s next flagship carrier, with it gaining a new front-facing sensor to enable the scanner. In a 9to5mac report about the Face ID technology, an analyst explained that the new biometric sensor on the iPhone will be “supported by a new laser sensor and an infrared sensor mounted near the front-facing camera” while the Touch ID will be embedded in the display.

Wireless charging is one of the interesting features that is expected to be available with the upcoming iPhone 8. Based on the leaked images online, the iPhone 8 will have internal wireless charging components. However, Apple expert John Gruber said the feature could be sold as an optional extra. While the device is capable of charging wirelessly, users will have to purchase the additional wireless charging pad accessory in order for the feature to work. Previously, Apple filed patents for charging smartphones using Wi-Fi, but it appears that they will opt for inductive technologies rather than the signal method for their next handset.

Another feature rumored to appear on the iPhone 8 is the waterproofing capability. But, unlike the other rugged devices on the market, CultofMac said it will have a higher waterproof rating. The next iPhone is set to boast a IP68 rating protection. This will enable the handset to withstand dust, dirt, and sand as well as be resistant to submersion of up to a maximum depth of 1.5m underwater for 30 minutes. Currently, only the Galaxy S7 smartphone comes with an IP68 rating and Apple is allegedly planning to try and catch up this year with a handset that can be submerged just as deep.

Traditionally, Apple unveils its new phones in September, so experts foresee the iPhone 8 to be launched sometime around September 6th. Although it will be announced alongside the iPhone 7s and 7s Plus, there have been reports that the long-awaited smartphone will not arrive on the market until October or November. Japanese Apple-tracking site Macotakara reported on the potential delay stating that Apple has planned to release the device sometime during its fiscal first quarter (October-December).