No matter which model iPad you own, whether it’s a first generation or the latest Air 2, it’s likely to be a prized possession. It’s for this reason that the thought of something like a cracked screen or water damage sends chills down your spine.

You can take the best care of your tablet, from always keeping it in its case to washing your hands before use, but accidents happen. When you find yourself in need of repair, will you try to fix things yourself or will you let a reputable repairman handle the task?

To Fix or Not to Fix (On Your Own)

There’s no questioning that your iPad was expensive. It’s for this reason that you might consider trying to save a few bucks by repairing it yourself when something goes wrong. With so many how-to guides and videos freely available on the internet, you might think, “what’s the harm?”

The harm is that you might actually cause more damage, and you might find yourself with an iPad that is almost not salvageable. Consider the following common issues and what might go wrong:

Cracked screen: this is an issue that lots of iPad owners encounter. It often occurs when your tablet is dropped, and the severity of the damage can range from a small, almost unnoticeable crack in a corner to a completely shattered screen.

Many people actually continue to use their iPads after sustaining this kind of damage. Small fractures rarely prevent users from using an iPad to its full capability, and most are more likely to be extra careful with their device in an effort to prevent further damage.

It’s actually not until an iPad owner sees a how-to guide online that they get the idea that they can actually fix the screen themselves. These guides oversimplify the process and make it seem as if the act of screen replacement is as simple as just “swapping” screens.

It’s often not until a would-be repairer is deep in the process of “swapping” that they realize that they are in over their heads. Once the screen is lifted off the iPad (if they can get that far), they’ll realize that there are all kinds of loose parts that must be accounted for, and worse, they might find themselves unable to proceed with the repair because the damage goes beyond the screen and into the LCD.

Water damage: it happens. Maybe you find yourself caught in the middle of a sudden storm. Perhaps you were rooting around in your backpack and your iPad made a dive for the largest puddle around. However it happens, water damage is very serious and should be addressed quickly.

If you Google “how to fix a water damaged iPad”, you’ll find all kinds of asinine remedies, such as stuffing it in a bag of rice for a few days to attempting to dry it out with a blow dryer. If you weren’t so mentally in a desperate place, you’d easily recognize that these fixes are a bad idea.

But, because you’re worried about completely frying your iPad and possibly being out hundreds of dollars, you’ll be at the point where you’re willing to try anything.

Don’t Try “Anything” – Try a Repairman

Saving money isn’t a bad thing, but it has its time and place. When it comes to dealing with an expensive iPad, trying to save a couple of bucks should not be high on your list of priorities. Instead, you should be worried about getting your iPad fixed quickly and correctly. The only way to accomplish this is through a reputable repair company.

Cracked screens, damaged LCDs and water damage are not covered by your iPad’s warranty, so it’s natural that you would automatically think the worst when it comes figuring out the cost of out-of-pocket repair. Thankfully for you, a Nassau Country, Long Island iPad repair specialist probably costs a lot less than you think, and he’ll be a lot more effective than a bag of rice. 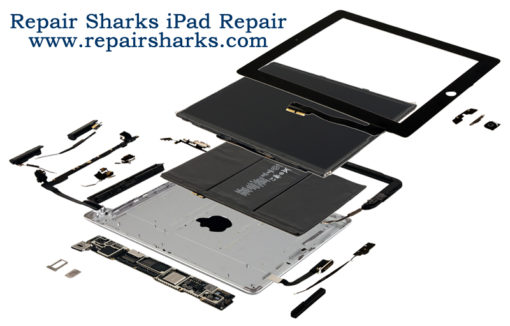 One thought on “iPad Repair Is Truly A Complicated Process”